The Clubhouse hype: 3 celebrated apps that failed after all

Being the next Mark Zuckerberg and developing the new Facebook is probably still a desirable goal for most tech founders. Yet the challenge of building a social media platform with a long shelf life by continuously attracting users and especially advertisers is like climbing Mount Everest. Because reaching the summit does not mean reaching the goal.

With all due understanding for the enthusiasm around the app of the hour: The incredible hype that currently prevails around Clubhouse in Germany raises questions – for example, regarding the security of user data – that have already been widely discussed. Especially since Clubhouse would not be the first app that is predicted to have a golden future, but then suddenly disappears from the scene. A few examples?

1. Vero
One of the central characteristics of Clubhouse is the “invite only” feature: only those who receive a personal invitation become part of the network. The principle is familiar, among other things from the time when Vero entered the stage as a supposed Instagram contender. “More social, less media” – this is how the creators positioned Vero as a kind of pure form of the social network.

The strategy initially worked: At the beginning of 2018, Vero topped the download charts in the App Store. However, this success was no more than a snapshot, mainly because complaints from users increased. The app was constantly crashing, presumably because the technological setup could not handle user traffic and activity. By the way, Vero is still available under the tagline “true social” – in view of the comparatively low number of users, there should no longer be any technical problems.

2. Orkut
Google at least had the right instinct: today’s tech giant launched its social app Orkut in 2004, about a month before Facebook was launched. And indeed, Orkut managed to hold its own in the market for about ten years. In Brazil, one of its core markets, there were even rumours that Google was a small spin-off of Orkut. And yet the parent company withdrew its social app from circulation in 2014.

In 2010, Facebook overtook Orkut in terms of user numbers in key markets and pushed for global coverage with its platform. As Facebook’s position grew stronger, Google shifted its focus to products like YouTube, Blogger and Google+. This in turn meant the end of

3. Meerkat
Streaming moving images was not always as smooth an affair as it is today (at least in most cases). Six years ago, for example, live streaming via smartphone was almost unthinkable if you had certain demands on picture and sound quality. Meerkat started right there and became the next big thing at SXSW 2015, probably the most important industry event in the tech bubble.

Why is it that hardly anyone remembers Meerkat today? Well, Twitter was one of the deciding factors in the app’s initial rapid spread. However, when the news service introduced Periscope as its own streaming solution in 2015, Meerkat’s access to the Twitter API was severely restricted. At the end of October 2016, Meerkat was finally over – perhaps also because the dependence on Twitter was a little too great. 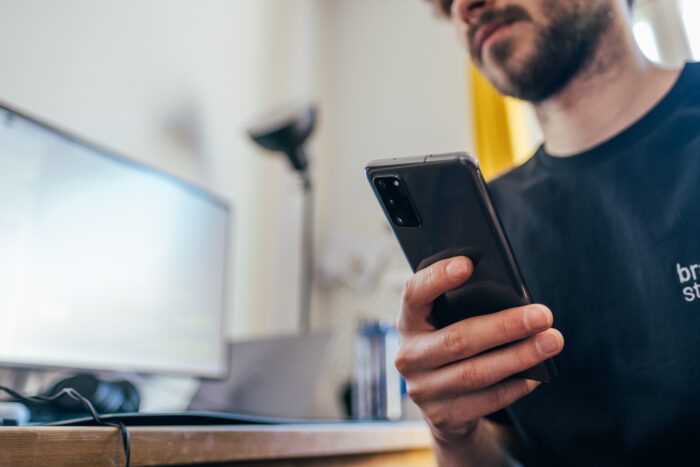 Can Clubhouse break through the phalanx of the big players?

Whether the short video app Vine or Apple’s Ping, the social network within iTunes: The list of once celebrated but ultimately failed social apps could go on and on. Despite the lessons that can be learned from these examples, we still see repeated attempts to break through the phalanx of the big players with a new social media platform. In recent years, only TikTok has succeeded in doing so.

And Clubhouse? First of all, it must be acknowledged without reservation that the app has struck a nerve, especially in the German-speaking world, where the Clubhouse buzz is concentrated. But how long will the euphoria last? And can the app establish itself in the long term – and above all beyond the borders of the German-speaking digital and start-up bubble? Questions upon questions.

There are definitely arguments in favour of Clubhouse: Audio is very much in vogue as a content format, and the breadth of topics offered on Clubhouse is remarkable. Clubhouse also has a casualness that we know from afternoon TV programs: In the background, you are softly sprinkled, while the real focus is on another activity. Anyone who wants to can put in their two cents. And the fact that some of the presenters are celebrities has its appeal, of course.

But what about those who don’t have time to be entertained? Those who work on a construction site instead of in a coworking space and have little or nothing to do with the topics of founding personalities and digital opinion makers? Clubhouse is currently one thing above all: the mirror

A declining trend of on-demand? Rather not!

Clubhouse can only succeed in the long term if the user base grows, and in the so-called mainstream. LinkedIn has shown how this works in the B2B segment. What happens when you focus on a relatively small market, on the other hand, is shown by the example of Xing. Growth will become the decisive factor for Clubhouse. Whether the network will still be so attractive to celebrities once it reaches a certain size remains to be seen.

Audio may be the format of the hour. But with Spotify and Deezer, haven’t concepts that live on the on-demand principle prevailed? It seems questionable that there will be a regressive trend triggered by Clubhouse of all things. In the digital business context, the concept may still work for a while. But it sounds very nostalgic for the average consumer to put a cross in his calendar because his favourite programme is on Clubhouse on Wednesday evening. Don’t you think? 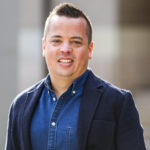