China as a blueprint? How Corona influences digital marketing 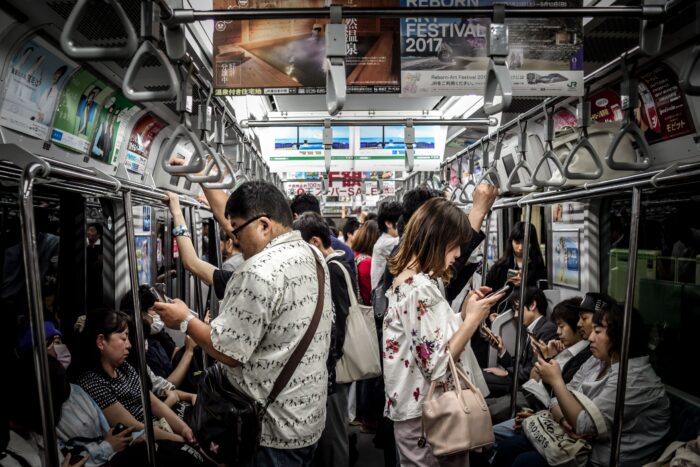 In spite of the cultural differences between China and Western Europe, we have repeatedly turned our attention to the Far East in recent weeks. Because China is presumed to be the starting point of the Corona crisis, we are keeping a sharp eye on how the consequences of the pandemic are being dealt with in the Middle Kingdom. Despite all the criticism that hangs in the public domain, it is also a matter of learning.

The delayed course of the spread of Covid-19 ensures that certain developments can be observed in the Far East before they reach us. In particular, the effects of quarantine regulations and curfews on consumer behavior became apparent here much earlier than in our country – and with it the effects on digital marketing.

Clearly, not all observations can be transferred one-to-one. The mere fact that Facebook and Instagram are banned in China, where national networks like Baidu, WeChat and big tech giants like Tencent set the tone, makes a direct comparison impossible. Nevertheless, it is clear that certain trends from China will have a lasting impact on the digital communication of brands in many European countries as well.

Change in user behaviour
News services and mobile games have recorded strong growth rates in China since the end of January, and mobile applications in general have experienced a new surge in popularity. That this is not just about entertainment applications is shown by the example of e-commerce giant JD, which launched its own digital health service in early February, at the beginning of the peak of the Corona pandemic in China.

More than 5 million Chinese have received telemedical advice on this service so far – not anymore just on Covid-19, but all medical topics. JD is thus providing basic supply in a digital manner – a case that is (still) unparalleled in Europe. However, there is no doubt that here too, the restrictions of public life have led to everyday life increasingly taking place in digital spheres.

In the cultural sector, for example, a clear trend can be seen: After O2 held its first living room concert with Lena under the motto #StayOn at the beginning of April, it has since become a regular format. The online gigs are well received – at least so well that even companies such as Deutsche Telekom is now jumping on the bandwagon and offering regular “concerts at home”.

It should come as no surprise that the social distancing measures have led to an increasing digital affinity among users. It is also self-explanatory that brands must adapt to this and package their content in appropriate formats. Live streaming, video content, own apps – the crisis has demanded that brands be flexible and radically rethink, especially at the beginning of the outbreak.

Transformation of retail
The effects of the pandemic have hit the retail sector particularly hard. While some initially assumed that Corona was the missing nail in the coffin for pedestrian zones and would turn the last stationary shoppers into defectors in the direction of Amazon and Co.

A look at China shows what effect the right choice of communication channel in combination with original content can have on the retail business: More than 50 percent of the total traffic of the major e-commerce platforms was generated via the social media platforms TikTok and Kuaishou. The format of the hour: livestream shopping. At Taobao Live, for example, Alibaba’s livestream channel, more than one million merchants sold via livestream for the first time in February – an increase of no less than 719% over the previous month.

Alibaba serves as proof that Europe in many ways still is a developing continent compared to China when it comes to e-commerce. But: each of us knows a small business owner who has tried to compensate for the slump in stationary trade via social networks during the past month or so. Facebook has just announced the launch of Facebook Shops which will enable SME to open their own e-commerce on the Facebook page. Just maybe will this be a gate-opener for a wider adaption of e-commerce among smaller retailers.

It is hard to tell if the agile and entrepreneurial mind-set that many retailers display at the moment will be a lasting trends, remains to be seen, However, even the last ones have now probably understood that any successful entrepreneurial future cannot do without a digital sub-strategy, especially in the retail segment. In China, by the way, the demands of older users are also increasing in this respect: Analyses indicate an additional online market share of up to six percent, which is mainly due to the new desire of older generations for digital communication. 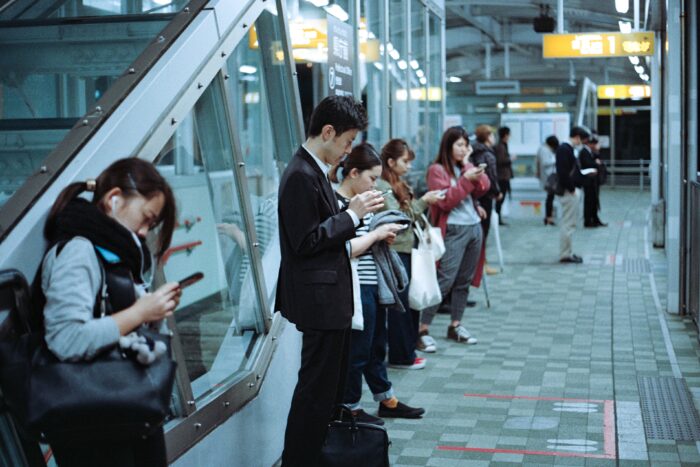 Change in brand communication and perception
The great opportunity for brands in the Corona crisis: Everyone who communicates online can reach more people with their content than ever before. The risk: communication and interaction take place predominantly digitally, which is why the demands of users are increasing. A brand that does not proactively seek dialogue with its followers or strike the wrong note in such a crisis situation will feel the effects – and in the long term. Adidas can tell you a thing or two about it.

In China, companies understood early on that solidarity and social responsibility are important consumer concerns and the new benchmark for brand awareness. With Alibaba, Tencent, ByteDance, Sina and Netease, the leading tech players donated billions. Western brands popular in China, such as the LVMH Group and Hermès, followed suit. Companies such as SAS and a local Stockholm hospital have also positioned themselves in Sweden: in order to meet the hospitals increasing demand for staff, the airline company lend out some of its employees.

The crisis as an absolutely exceptional situation, which upset our everyday lives, will be remembered forever. And so will those who were particularly positive during this phase. A critical success factor for communication and thus the reputation of brands these days is therefore to have your ear close to your target group – to develop a knack and the necessary sensitivity for the issues that concern the community.

Consequences for marketing budgets
When a global development like the Corona crisis has such a disruptive effect, the consequences are far-reaching. In marketing, this will be particularly noticeable in budgets – both in terms of their volume and composition. While the transition from offline in many European markets has been ongoing at a comfortable pace for years, companies have just over weeks shifted up at least one gear during the crisis.

Even the automotive industry, for which until recently – with a few exceptions – it was unthinkable to sell their products online, has reacted remarkably quickly to the new framework conditions.  Mercedes Benz, for example, has responded to the increased presence of potential customers in the social media: the interior of the brand new GLB model can currently be explored digitally as part of a 360-degree tour instead of at the dealer.

Car dealerships will probably continue to exist as point-of-sale, but a strong digital shift is expected in advertising formats. According to Branding in Asia, out-of-home advertising will also suffer the greatest losses – almost the logical consequence if everyone is to stay at home. In addition to social media, brands will play a stronger role in the future with their own applications and formats, such as gaming apps and games, in order to expand touch points with consumers.

Another example from China shows how one can react quickly and effectively to the new behaviour patterns of one’s target groups: The BESTSELLER Fashion Group, to which Jack & Jones, for example, belongs, reacted to the stationary slump in sales at the beginning of February by focusing on so-called mini programs in the social network WeChat. The result: The sales recorded there were three times as high as in the stores.

Conclusion: Slight confidence is in order!
The crisis to date has acted as a catalyst for change in various respects – both in Europe and in China. Nevertheless, we should remember once again that even before the outbreak of the Corona pandemic, the Middle Kingdom had a head start in terms of digitization that could hardly be made up. And certainly, the developments of the past few months have not helped to narrow the gap.

Nevertheless, there are glimmers of hope that the current progress is not just a digital smoke screen: More than two-thirds of managers in the DACH region believe that the digital presence of their companies will increase as a result of Covid-19 – which in turn would mean that new resources for digital communication would be created. The example of Mercedes shows that these words could well be followed by deeds.

But the last few weeks have also taught us that it pays to remain adaptable. Despite all the forecasts and trends, the following still applies: flexibility is the core competence of the hour!