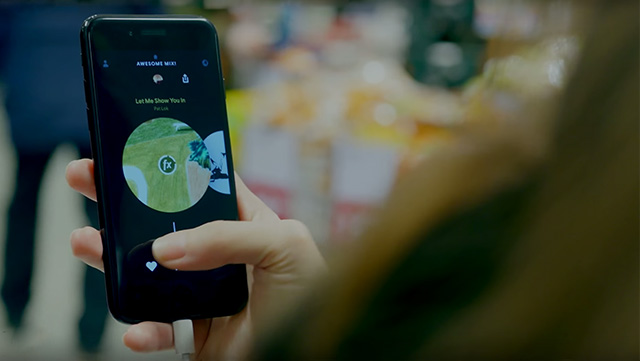 With the aim of strengthening brand awareness and, above all, increasing the number of paying users, Ingager started a collaboration with the Pacemaker app in April 2019.

Pacemaker is a DJ app where you can mix and create your own masterpieces. The app lets the user choose freely among favorite songs and playlists from Spotify. From songs and lists, custom mixes are then created, using Pacemaker’s artificial intelligence.

The finished mixers can then be shared with friends and other users on Pacemaker’s platform. The newly-hatched DJ can then inspire and be inspired at the same time.

Through a detailed analysis of Pacemaker’s former customer base, a global market survey of demand for similar music services, as well as the location of new potential paying users, was the basis for Ingager’s mission.
When the analysis and the new strategy to reach new users were nailed, Ingager presented a content plan adapted for each placement, target group and platform.

Together with Pacemaker, Ingager developed clear objectives to enable a successful result. The different objectives were divided as follows:

Before the collaboration of Ingager and Pacemaker came into effect, the app generally generated a good result, compared to similar music services. In contrast, Ingager added an extra push as it streamlined Pacemaker’s presence and new customer advertising on Facebook and Instagram.

In the first stage, campaigns were launched in strong DJ-oriented countries such as the USA, the UK and Sweden. Next, Ingager launched a global campaign to allow Facebook’s own algorithm to locate the most relevant and potential users, which in turn generated a successful result.

The reason for the successful result depends, among other things, on the segmentation of the target groups that Ingager identified as most important. The different target groups were in turn exposed to personalized content that the users could relate to. Based on user interactions, on and off Facebook’s platforms, Ingager developed the content frequently to best identify the most appropriate content for each target.

Another important factor that underlies the successful result is the various A/B tests that Ingager produced. One of the reasons why the A/B tests were implemented was to be able to compare the different optimization methods. The result showed that optimization against app installs generated a better result, compared to optimizing against direct purchases in the app. In this way, Ingager managed to drive in a higher volume of new users, who in turn made direct purchases in the app. This became a more effective approach than re-marketing to previously-existing app users.